Worldwide, around 5-7% of people have a diagnosis of ADHD. While some people still do not consider ADHD to be a “real” health condition, medical, governmental and educational leaders worldwide agree that scientific evidence leaves no doubt that it is a physical disorder.

"As a matter of science, the notion that ADHD does not exist is simply wrong,” the 2002 International Consensus Statement on ADHD says. “All of the major medical associations and government health agencies recognize ADHD as a genuine disorder because the scientific evidence indicating it is so overwhelming."

Despite this, many myths persist regarding what causes ADHD. Let’s take a look at the facts and separate truth from fiction.

This is the most common factor in determining whether or not a person will have ADHD or not. ADHD has a strong genetic basis; if a parent has ADHD, his or her child has a greater than 50% chance of also being diagnosed with ADHD.

Likewise, the siblings of a person with ADHD have more than a 30% chance of being diagnosed with ADHD as well. Experts of the American National Resource Center on ADHD, state that “although precise causes have not yet been identified, there is little question that heredity makes the largest contribution to the expression of the disorder in the population.”

Problems during pregnancy or birth do contribute to a higher likelihood of having a child who will be diagnosed with ADHD.

3. Exposure to Toxins in the Womb

This is true. Toxins may occur in many forms and exposure to lead, PCBs or pesticides interfere with brain development. More research is needed to investigate the effects of toxins in the environment, home and workplaces of pregnant women. Children who are exposed to lead and individuals who have high levels of lead in their bodies may develop ADHD as a result of the toxic element.

Research proves that women who drink alcohol while pregnant are more likely to give birth to child who will be diagnosed with ADHD than women who don’t. As it takes several months for a woman’s eggs to mature and a man’s sperm to form, further investigation into the impact of alcohol consumption in the months before conception may provide additional information regarding ADHD occurrence and brain formation.

Smoking contributes to a higher occurrence of ADHD. Smoking reduces oxygen levels within the body and contains toxins that can potentially cause brain damage. In addition, women who smoke have a higher likelihood of delivering low birth weight, premature infants. Further research needs to be conducted related to the impact of second-hand smoke and marijuana use among pregnant women.

Low birth weight and premature babies are more likely to be diagnosed with ADHD at some time during their lives than full term infants who were born at a desirable weight.

Why is ADHD Controversial?

6 years ago| by Krystina Ostermeyer

Why is ADHD controversial? Most people agree that ADHD is a legitimate condition, however, the topic about diagnosis and treatment is widely debated.

This one is not true. Sadly, many people judge the parents of children with ADHD – parents who often already blame themselves for their child’s difficulties. The truth is that ADHD occurs in both stable and unstable families. While some parenting styles can exacerbate ADHD symptoms poor parenting does not cause the condition.

It is a popular myth that eating foods full of sugar and artificial flavors, colors, preservatives and other additives causes ADHD, but this is not true.
Many people who suffer from ADHD have food sensitivities that exacerbate their symptoms, but these foods don’t cause ADHD. Multiple studies have been conducted to evaluate the impact of sugar on children, and while many parents disagree, science does not blame sugar for ADHD.

Some studies indicate that a small percentage of people who suffer from ADHD may benefit from having artificial dyes and colorings removed from their diets. For some this makes a dramatic difference in their quality of life, however most people who have ADHD do not note much, if any, improvement. In my opinion, eating dye free is important for everyone. To establish if it helps your sypmtoms, try an elimination or rotation diet.

10. Watching Too Much Television

Too much television is not good for anyone, especially children, however it does not cause ADHD. In addition to many other issues, too much television takes time out of an active child’s day when he or she could be running around and burning up excess energy, engaging in activities that promote concentration and participating in stress relieving exercises and games. The same holds true for computer, tablet, and gaming devices. Too much of any one activity, especially passive ones, may cause an increase in symptoms of ADHD.

There is no single cause of ADHD. The most important predictor of its occurrence is a person’s genetic make up. When genetics are not a factor, smoking, alcohol, and exposure to other toxins in the womb are contributory factors. Being born prematurely, at a very low birth weight, or sustaining a brain injury are contributory factors. Diet, parenting styles, exposure to toxins, and lifestyle may impact symptoms, but do not actually cause the condition.

Most experts agree that ADHD is a complex condition that is most likely impacted by an array of factors; some controllable, others not. Scientists readily admit that their understanding of how the brain works, how it interacts with its environment and genetic factors, and is limited. It is important to stay abreast of current research and be discerning when evaluating reports related to the origins and treatment of ADHD.

Read more about ADHD, including the importance of therapy in treating ADHD, over at NewLifeOutlook.

A lesser known symptom of ADHD is anger. So, how do these aspects go hand in hand and how does ADHD cause anger? Find out here. 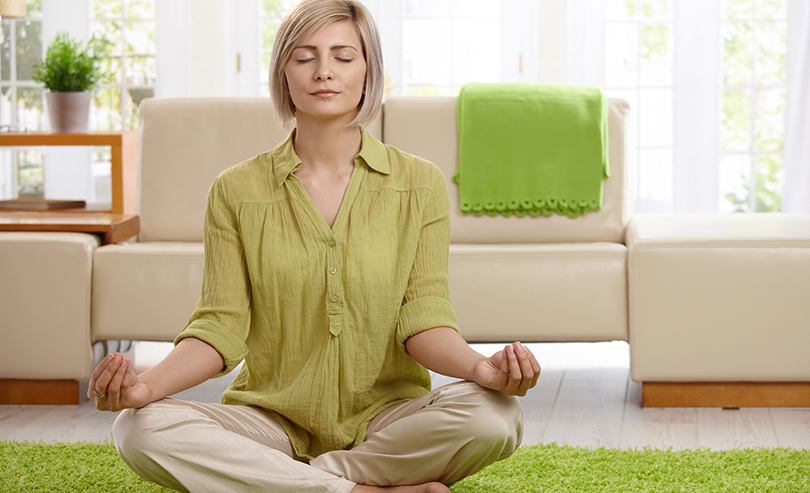 ADHD LivingWhat Are the 3 Levels of ADHD?