Can ADHD get worse with age? Yes and no. If ADHD is not properly treated or managed, it's possible the symptoms may affect one's overall quality of life.

Can ADHD Get Worse With Age?

For Better or Worse: Can ADHD Get Worse With Age?

If you are wondering whether your family member or spouse’s ADHD will get worse with age, here’s your answer.

ADHD itself can’t get worse – unless you factor in the effects of aging. But if someone with ADHD does not receive treatment or learn coping skills as a child, they may live a hard life.

This article will explain how ADHD affects someone who has it from birth until old age, and why it may seem as if gets worse as they grow older.

How ADHD Develops in Babies

When a baby with ADHD is born, it’s next to impossible to figure out if they have ADHD. You could do your research and find sources claiming a baby can show symptoms of ADHD as soon as they turn two years old.

However, whether a baby has ADHD or not it is normal for a baby to have these symptoms. Assuming you can diagnose a baby with ADHD, there are no guidelines for treating anyone below the age of four with ADHD.

The reason there are no guidelines is that it’s too risky and difficult to treat a baby or toddler with ADHD. If a baby has ADHD, they can receive an accurate diagnosis as early as age 4. Although it’s safer to wait until a child is six or seven years old.

How ADHD Develops in Children and Teens

Once a child gets older, you expect them to “grow up.” While you don’t hand them the keys to your car at age six, you might expect them to take out the trash or do other chores.

There comes a day when every child has to go to school and behave while they are there. That’s when ADHD causes problems.

A child with ADHD usually won’t respond to normal parenting strategies. This can lead to a stressful household.

At some point, a person parenting a child with ADHD will either adopt a new parenting strategy, use an approach that won’t work, or give up.

Using an effective parenting strategy is important because as children and teens get older, their symptoms will never go away. With proper parenting and treatment, someone with ADHD can get their symptoms under control to the point where they disappear.

It all comes down to the coping skills. These are skills people with ADHD can use to micro-manage their ADHD. The type of coping skills someone uses will depend on the type of personality and ADHD they have.

Learning coping skills as a child is key for someone with ADHD because they will use those skills for the rest of their life. What you want to do is teach them while you still can so they don’t learn these coping skills the hard way, in jail or alternative school.

Keep in mind, medication will help a child manage their symptoms, but it won’t help them grow. Hence the phrase, pills don’t teach skills.

Signs that ADHD is getting worse for a child:

Does ADHD Get Worse For Adults?

In adulthood, ADHD is more like depression than a disease such as cancer. While ADHD won't kill you, it will make life difficult if you don’t receive treatment or learn coping skills.

For adults, ADHD has fully manifested itself. They may already know what areas in life ADHD is causing difficulty for themselves.

The good news is the ADHD itself won’t get any worse.

However, ADHD can make the life of an adult worse as they get older. Adulthood is all about being independent, and an adult who lacks ADHD coping skills won’t be able to live independently.

They will struggle to hold a job, maintain relationships, and manage their emotions. Usually, they won’t struggle with all those things, but some people do. It all depends on the type of ADHD they have.

The three types of ADHD are:

As many as 60 percent of individuals with ADHD symptoms in childhood continue to have difficulties in adult life.

The other 40 percent who become adults without ADHD difficulties are the ones who either received treatment or learned coping skills as children.

Teach (and treat) them while they’re young. It pays off.

Does ADHD Get Worse When a Person Becomes Elderly? (Age 65+)

There are no studies done on ADHD in elderly individuals, so nobody can say with 100% certainty that ADHD gets worse once a person becomes elderly.

What we do know is older adults with ADHD can receive treatment.

But if we decide to use common sense, it seems possible that ADHD gets worse in old age. The average person’s brain power (as in their cognitive function) naturally decays after the age of 30.

Because your brain has become slower and “duller” by the age of 65, your ADHD would get worse as a result. How worse depends on how healthy you are.

So yes, it is likely ADHD gets worse when a person becomes elderly. Although it has less to do with ADHD, and more about how healthy you are.

The safest ways to treat ADHD, no matter what age, include: 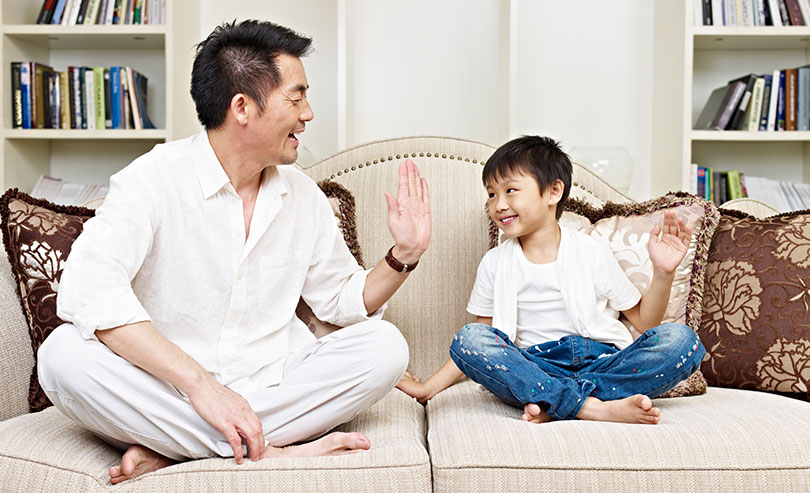 ADHD LivingTalking to Your Child About ADHD